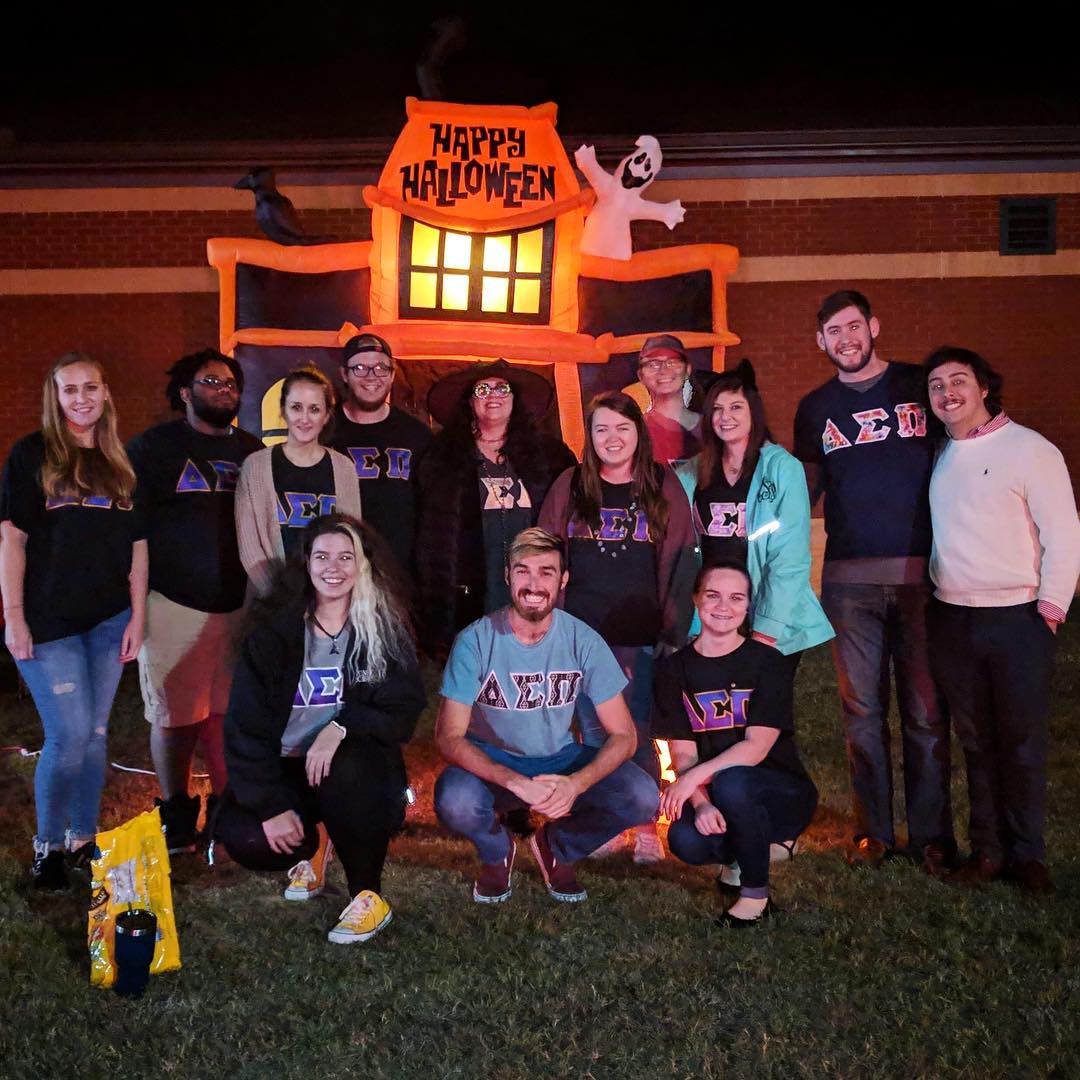 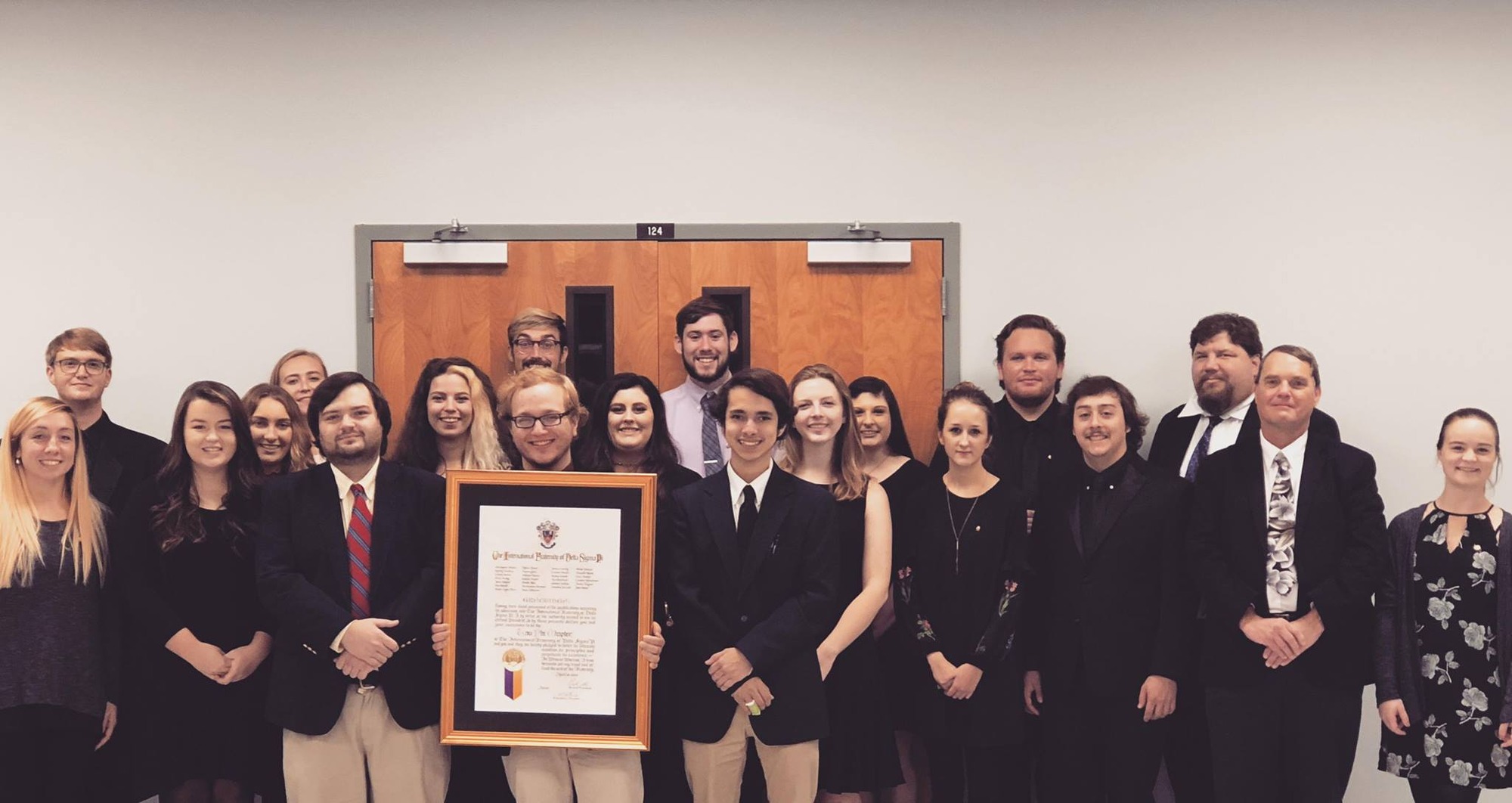 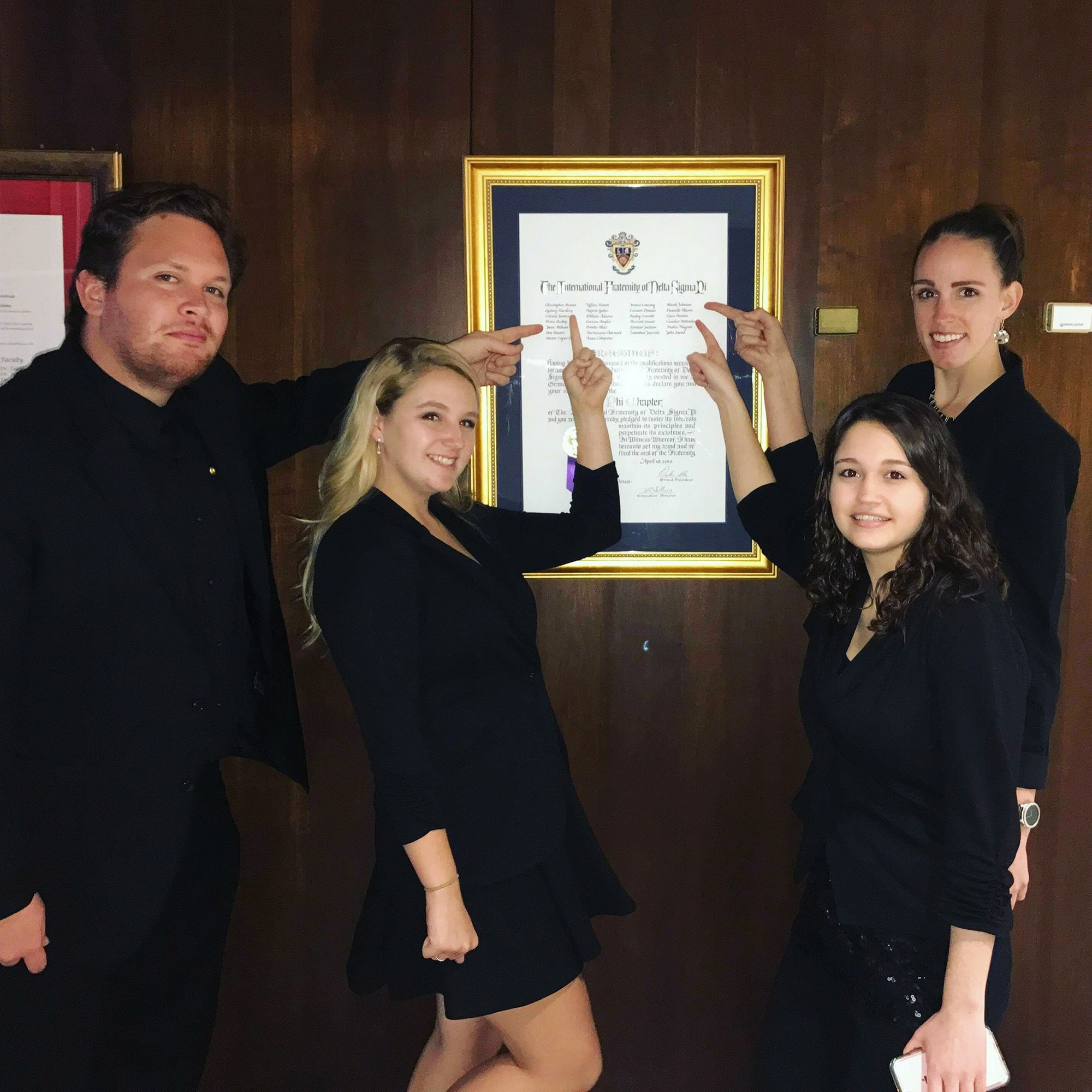 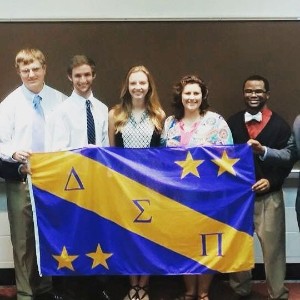 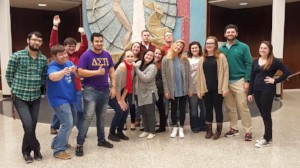 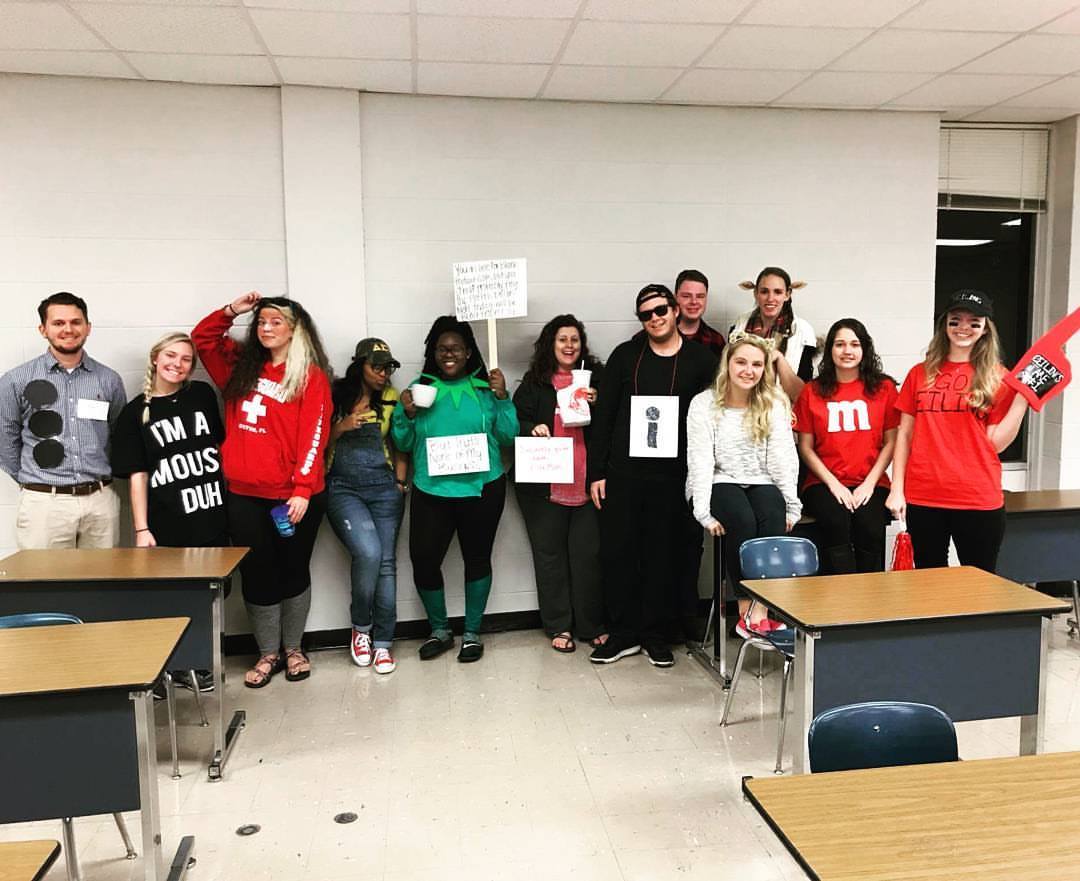 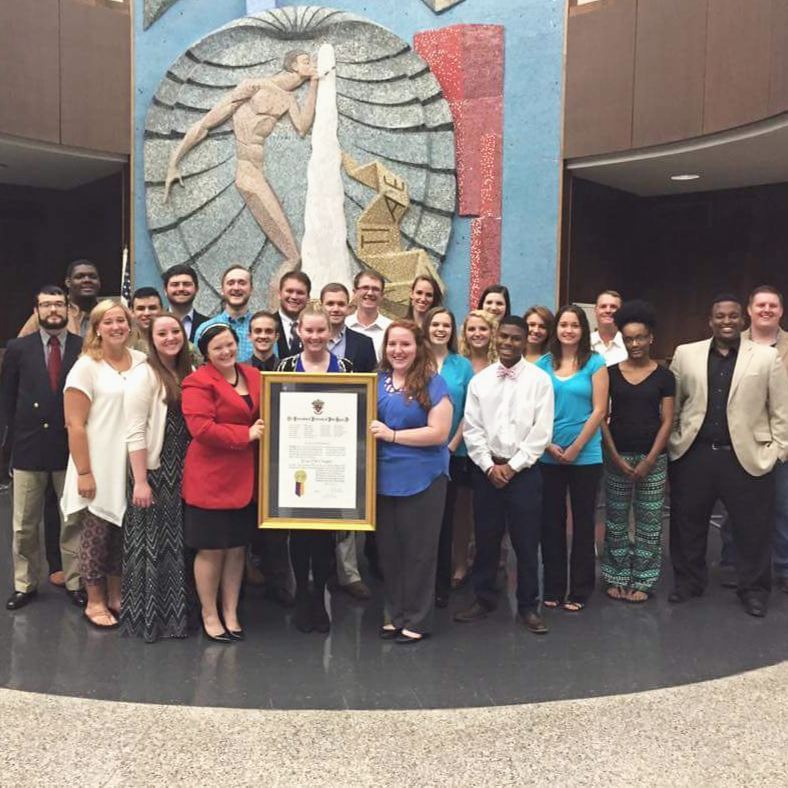 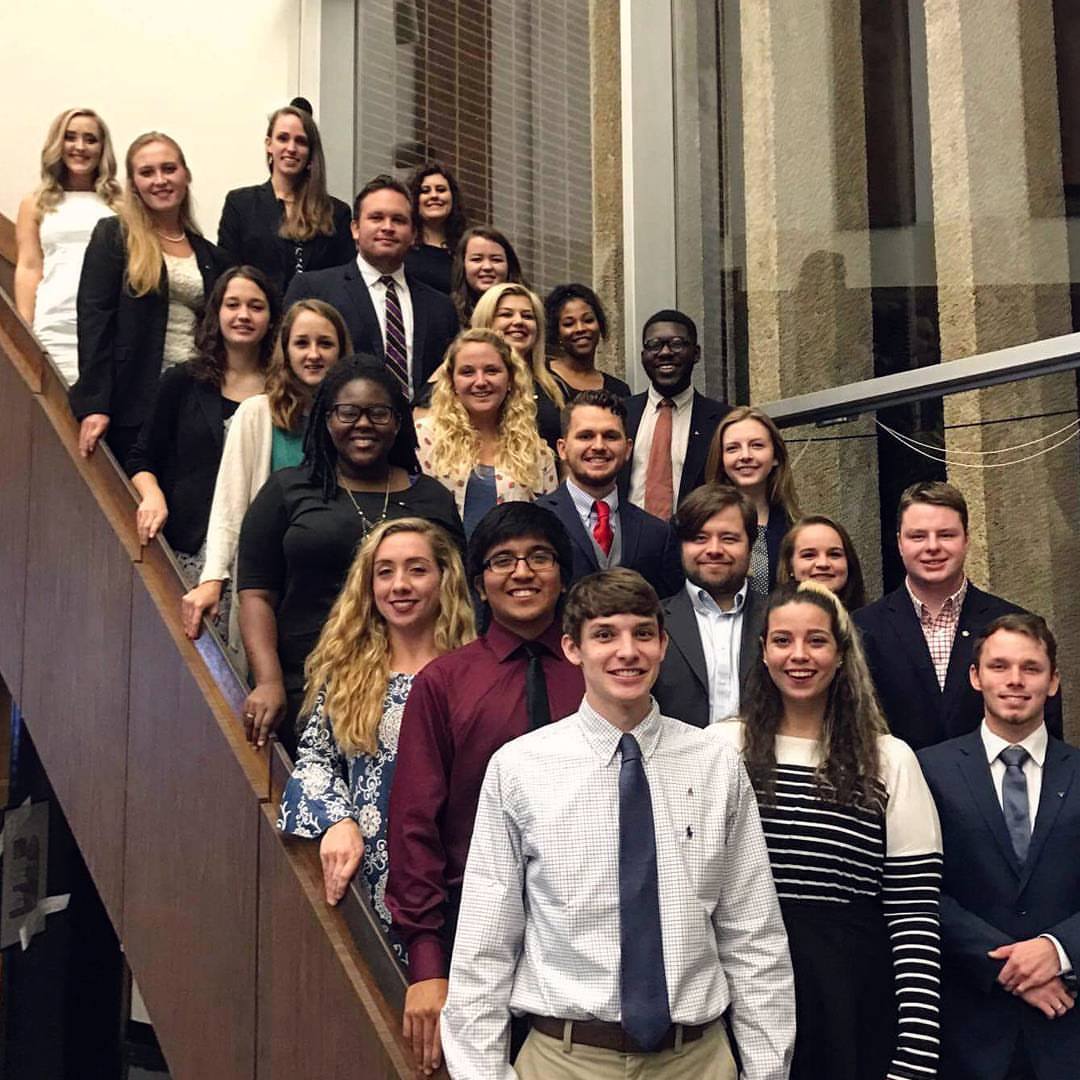 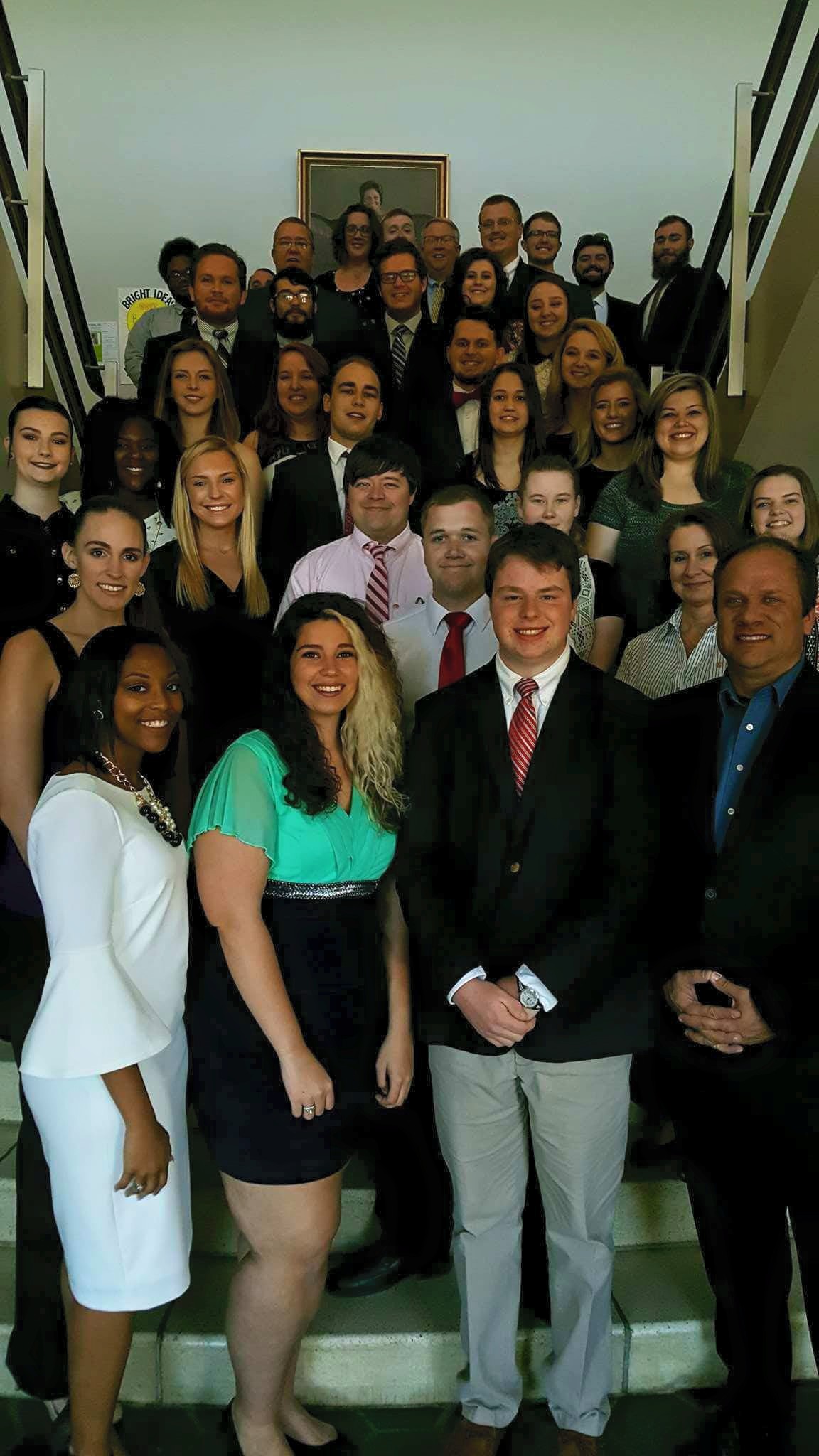 On October 21, 2013, Trevor Gregory attended an information meeting, hosted by Lee James, Central Gulf Region Vice President, about starting a chapter of Delta Sigma Pi at Jacksonville State. After attending this meeting, Trevor began networking in an attempt to form a colony within the school of business. Word soon got around and another informational meeting led by Matthew Norman was held on November 4th, 2013. At that meeting, there were a handful of students that would soon pave the way to where we are today. At that meeting, we signed our letter of intent, picked our colony letters, and assigned officer positions to the few members we had.
The Spring 2014 semester brought a fresh start to the colony. Dr. John Sneed had decided to be our colony adviser and was very supportive throughout our process as a colony. Meetings were held on Monday nights to discuss and plan the events necessary to fulfill the requirements to become a chapter. At the time, there was not a full hearted effort, and morale was low.
However, with a new president, Hector Lopez, and new motivating students filling officer positions things began looking up. Since the past semester brought its share of hardships and miscommunications, we only managed to have a few events, such as a professional event, a “Meet the Colony” table in the lobby of Merrill, a movie night, and a few social events.
Meeting Danny Gaines at the beginning of the Fall 2014 semester drastically altered the future of the colony. He was pivotal in our attempts to plan and coordinate events and really helped us get the ball rolling. He dedicated himself to making sure our attempts from here on out were successful. We held a number of events this semester and began separate officer meetings to discuss issues more in depth and plan ahead.
Officer elections for the Spring of 2015 were held at the end of the Fall semester. On February 20, 2015, Theta Omega Sigma colony had fulfilled all requirements necessary to become a chapter, including eight professional events, ten community service events, multiple social events, and had fund raised the necessary funds with twenty-eight active and ready members.
On April 18, 2015, all of the hard work and time dedicated by ourselves and our predecessors paid off. The Tau Phi Chapter of Delta Sigma Pi was installed as an official chapter at Jacksonville State University.